As we battle with the pandemic and the collapsing economy of many countries, Chile passed a bill that protects that “PROHIBITS LABOR DISCRIMINATION AGAINST MUTATIONS OR ALTERATIONS OF GENETIC MATERIAL OR GENETIC TESTING”.

It is on record that Homo sapiens is currently the only member of the genus Homo. There is no other species of human, despite humans have different colors.

Last year Chile became the first nation in the world to have a constitution in force that explicitly addresses the challenges of emerging neurotechnologies.

Here’s the translation below:

MINISTRY OF LABOR AND SOCIAL WELFARE LAW NO. 21,422 PROHIBITS LABOR DISCRIMINATION AGAINST MUTATIONS OR ALTERATIONS OF GENETIC MATERIAL OR GENETIC TESTING

Bearing in mind that the H. National Congress has given its approval to the following bill initiated on a motion by the Honorable Senator Mr. Alejandro Navarro Brain, Bill:

“Article 1.- No employer may condition the hiring of workers, their permanence or the renewal of their contract, or the promotion or mobility in their employment, to the absence of mutations or alterations in their genome that cause a predisposition or a high risk of a pathology that may manifest itself during the course of the employment relationship, nor require for such purposes any certificate or examination that allows verifying that the worker does not have mutations or alterations of genetic material in his human genome that may lead to the development or manifest in a disease or physical or mental abnormality in the future.

Article 2.- The worker may express his free and informed consent to undergo a genetic test, in accordance with the provisions of article 14 of Law No. 20,584, as long as it is aimed at ensuring that he meets the physical or mental conditions necessary and suitable to carry out jobs or tasks classified as dangerous, with the sole purpose of protecting their life or physical or mental integrity, as well as the life or physical or mental health of other workers. If these exams are required by the employer, the latter must assume their cost. Likewise, if there is a current employment relationship, the time used to carry out said exams will be understood as worked for all legal purposes.

Article 3.- Health establishments and laboratories that carry out this type of examination, as well as employers who access this information, must adopt all the security measures prescribed in Law No. 20,584 and in Article 12 of Law No. 20,120, in order to protect the privacy of the worker and guarantee confidential handling of the data. The worker will always have the right to access the information revealed by a genetic test.”

In 2019 a scientist in China who said he had created the world’s first gene-edited babies has been jailed for three years.

He Jiankui was convicted of violating a government ban by carrying out his own experiments on human embryos, to try to give them protection against HIV.

He was globally condemned when he announced his experiments, and the birth of twin babies.

A court in Shenzhen said the men had acted “in the pursuit of personal fame and gain”, and had seriously “disrupted medical order”, Xinhua news agency reported.

“They’ve crossed the bottom line of ethics in scientific research and medical ethics,” the court added.

Shouldn’t we feel concerned about a law that protects the rights of mutants and genetically edited humans? Is the human race facing corruption or a possible extinction?

I am going to answer this question in the next video. You shall hear a man who predicted that this is probably the last generation of homo sapiens.

Let’s be watchful and prayerful. These are the days of Noah. 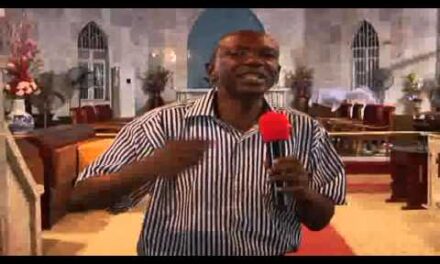 The Significance of Skill by Hosanna E.E. David 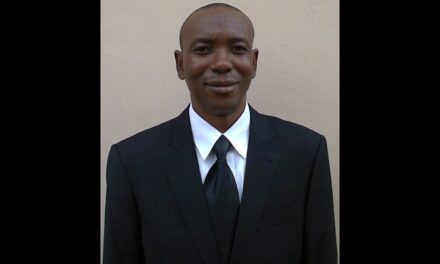 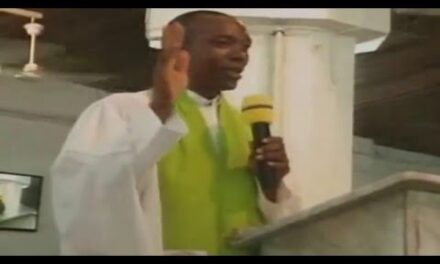 Living Worthy of Our Calling by Hosanna David