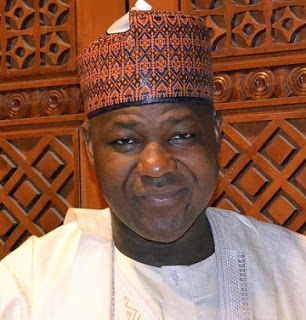 A bill to give more powers sharia courts in the nation is
said to have passed the second reading in the lower
chamber of Nigeria legislative arm, with Speaker Yakubu
Dogara secretly pushing hard for the bill to become law,
Premium Times reports
The controversial pro-Sharia bill, which Premium Times
reported that a member of the House of Representatives,
Abdullahi Salame, representing Gwadabawa/Illela federal
constituency, Sokoto State was criticised over said he was
advised by the speaker, Yakubu Dogara, to quietly speed
the bill through a second reading to avoid controversy.
Salame, the sponsor of the bill said on Thursday that Mr.
Dogara recognised that the bill could draw public outrage,
and urged him not to “make noise” about the bill, Premium
Times reported.
“I wrote the bill. I presented it. It was in the gazette. It
went through first reading and second reading. So, the
Speaker, in his wisdom — you know there are some issues
that is not necessary to publicly discuss them or deliberate
on them to avoid problems– asked me not to make noise
about it,” Mr. Salame told PREMIUM TIMES.
Mr. Salame was widely criticised on social media on
Wednesday after it became clear that his bill, which seeks
to amend the Constitution to give more powers to the
Sharia Court of Appeal, had quietly passed the second
reading last week Thursday.
Mr. Salame said the Speaker directed him to quietly work
the bill through second reading for it to be sent to the
Constitution Amendment Committee for consideration.
“The Speaker considers this bill one of the bills that do not
require much argument. Because many people could
misunderstand it. At the committee, they will see the nitty-
gritty of the bill. So it was the Speaker that did not allow us
to publicly debate on it and he advised that we refer it to
the constitutional amendment committee,” Mr. Salame said.
The speaker, Mr. Dogara, is a Christian.
When reached for comment, Mr. Dogara’s media office did
not confirm nor deny Mr. Salame’s claims, pointing instead
to a statement issued by a spokesman for the House
about the nature of the bill and how the legislative body
handled its presentation.
Read the full response below:
The Bill came up on the floor and was automatically
referred to the ad-hoc committee on constitution review.
There was no debate on it either for or against because
the House is a democratic representatives chamber of the
Nigerian people
Even if five people only have an issue with any section of
the Constitution, the House will give it a listening ear.
The ad-hoc committee on Constitution review has one
member per state and women and other representation.
The precedence is that it is in this committee that these
kind of matters are thrashed out.
Any bill that has potentials to divide the country on religious
or tribal lines or to reopen settled constitutional issues will
most likely fail in the committee.
It should be noted that constitutional review bills are special
bills that undergo many stages unlike an ordinary bill.
These include committee stage, plenary stage for voting by
2/3rd of the House, 2/3rd of all the state Houses of
Assembly before it comes back again to the National
Assembly for voting again and finally it must receive
presidential assent.
We are still at a very early stage in the process and
Nigerians should not worry about bills of this nature as the
House has shown over the years to be the protector of
Nigerians’ national unity and interest.
Signed:
Hon. Jonathan Gaza Gbefwi
Deputy Chairman
Houss Committee on Media and Publicity.
Credit: Premium Times